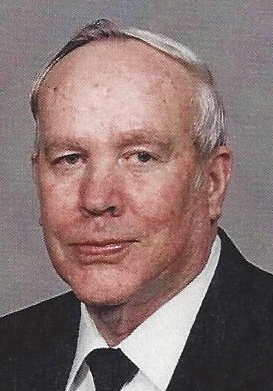 Charles "Ray" Christopher, age 88, of The Lakes in Paducah died Tuesday, May 2, 2017 at the Ray and Kay Eckstein Hospice Center in Paducah. Born the son of the late Walter Christopher and the late Mary Belle Cassitty Christopher. He was a switchman for P&L Railroad. He was a 1948 graduate of Paducah Tilghman High School and a member of the 1947 Paducah Tilghman football team that went undefeated. He was a deacon at Grace Baptist Church. He was also a medic in the Korean War, having served in the United States Army.

Funeral services will be 1:00 p.m. Thursday, May 4, 2017 at Keeling & Goodman Funeral Home in Paducah with Pastor C.W. Barnhill officiating. Burial will follow in Woodlawn Memorial Gardens in Paducah with military honors given. Visitation will be Thursday, May 4, 2017 from 11:00 a.m. until the funeral hour. Keeling & Goodman Funeral Home is in charge of the arrangements.

To order memorial trees or send flowers to the family in memory of Charles "ray" Christopher, please visit our flower store.