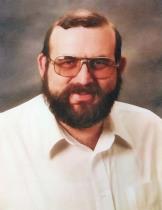 Stephen Edwin Quarles age 61 of Paducah passed away Saturday January 16, 2016 at 3:05 P.M. at  the Ray and Kay Eckstein Hospice Center at Lourdes Hospital.

Mr. Quarles was a native of Paducah., and he worked as a nurse for both local hospitals. He was a member of the Spring Bayou Baptist Church, and served in the U. S. Navy. He is survived by mother, June Moody Quarles of Paducah. His daughter, Sarah Anne Marie Quarles of Lexington, KY. his son, Daniel Edwin Mayo Quarles of West Paducah, Ky. One sister, Debra Lynn ( Quarles ) Kirby of Paducah. Two brothers, Phil Quarles of Reidland, Ky. and Joseph Quarles of Nashville, TN. He was preceded in death by his father, Charles ( Charlie ) Edwin Quarles.

A Memorial Service will be held at 7:00 P.M. Tuesday January 19, 2016 at the Keeling Family Funeral Home with the Rev. Terry Tipton and Rev. Johnny Sams officiating. Friends may visit with the family Tuesday from 5:00 P.M. till funeral hour at the funeral home. At Steve's request the Navy will bury his ashes at sea.

To order memorial trees or send flowers to the family in memory of Stephen Edwin Quarles, please visit our flower store.