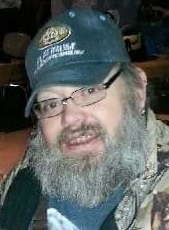 Tim Flynn, age 52 of Kevil, died Saturday, October 6, 2018 at Baptist Health in Paducah.  He was born the son of the late R.T. Flynn and the late Gloria Burns Mayo.  He had attended the Rosebower Baptist Church, and was of the baptist faith.

There are no services scheduled.  Keeling & Goodman Funeral Home are in charge of arrangements.

He is survived by his wife: Linda Flynn of Kevil; his daughters: Dusty Smith (John) of Smithland, Raachel Flynn (Dre) of Paducah, Jackie Batch (Fred) of Sandusky, Ohio, and Jamie Blaylock of Calvert City; his sons: Eric Byerley (Michelle) of Kevil, Adam Byerley (Trista Bond) of Paducah, and Kevin Byerley (Jamie) of Bardstown, Kentucky; and his fourteen grandchildren.

In addition to his parents, he was preceded in death by his brother: Robert William Flynn.

To order memorial trees or send flowers to the family in memory of Tim Flynn, please visit our flower store.